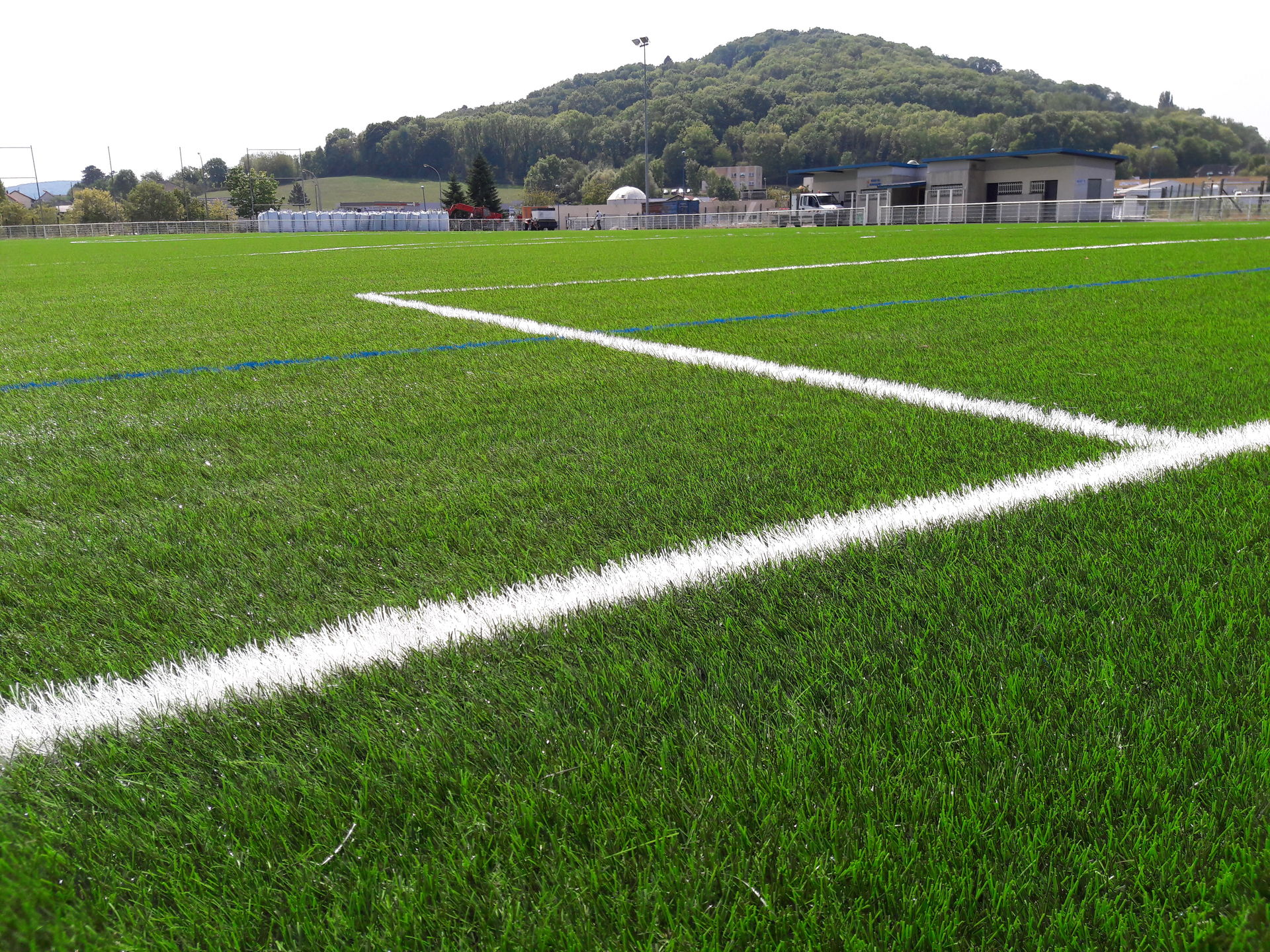 The artificial turf pitch at Montmarin stadium is not reserved exclusively for use by the local club, A.S.C. Vesoul Nord. Others, such as the sports association Portugais de Vesoul, local secondary schools and the police department sports club also visit from time to time to kick around a ball. After many years of service, the turf was ready for a well-earned retirement. Ref, time for a sub!

When it comes to artificial turf, Vesoul footballers are on familiar territory. In 2015, a nearby practice pitch connected with the René-Hologne stadium, which was over 15 years old at the time, received a Lano artificial turf. Meanwhile, the artificial turf pitch at the Montmarin stadium had been installed since 1997.

The artificial turf pitch in Montmarin is used regularly all year round for training, matches and sporting events by some 300 students and 150 athletes. That popularity takes a toll, of course. After about 20 years of service, the pitch was ready for a well-earned replacement.

To do this, Vesoul worked with DHR Paysages, who recommended the installation of a new Profoot MXSi TLT artificial turf pitch by Lano Sports. In fact, the city will be able to kill two birds with one stone: in 2018, new artificial turf will also be installed at the René-Hologne stadium, which is just around the corner.

Both strong and resilient

The installation in Montmarin was completed this past September. DHR Paysages removed the old pitch, re-levelled the terrain and installed the new Lano Sports turf. Stéphane Boché, Sales Manager of DHR, explains: “The synthetic layer, consisting of 60mm polyethylene fibres, was filled in with quartz sand to provide optimal support for the new fibres. And, to guarantee more flexibility – which contributes to natural ball roll and bounce – we also added rubber pellets. We replaced the goalposts and corner flags with aluminium versions.”

When it came to the question of reinstalling artificial turf or not, there was zero doubt. In contrast to a natural grass pitch, an artificial turf pitch requires far less upkeep: mowing and watering are a thing of the past. In addition, an artificial pitch is playable 24/7, no matter the weather conditions.

With a spring in (or under) their step?

Expectations have been running high ever since 2016, when mayor Alain Chrétien announced the exciting news about the upgrade. In early October, it was finally a reality: the Vesoul Nord 2 team was able to play against Champey-Saulnot on their brand-new pitch. You could say the home team voted with their feet: a crushing victory against the visiting team with an incredible score of 7-0. 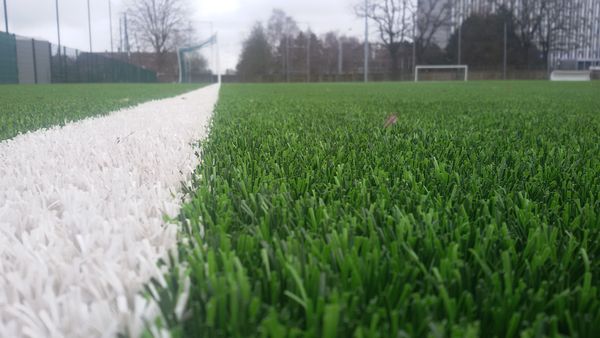